Toxic Energy Generates Toxicity Within You 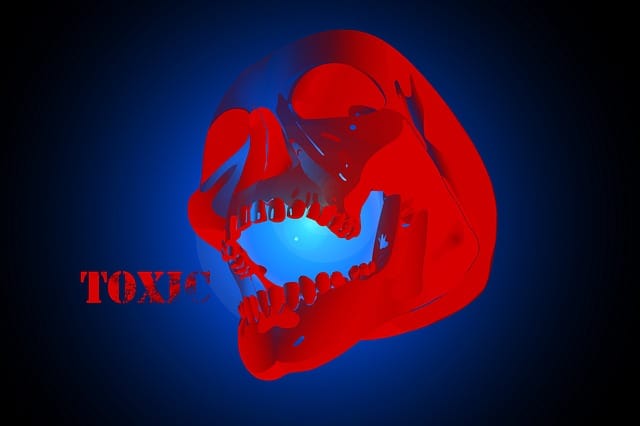 Out walking in nature one day, enveloped by the beauty around me, I had an epiphany. I realized that being in toxic energy generates toxicity within you.  As I mulled over this newly found revelation, I felt a deep peace regarding all of the people I released in my life.  And, I discovered through letting go that I created this unhealthy dynamic.  Hence, taking responsibility for my part in participating in the toxicity felt liberating. 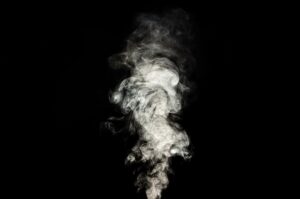 Starting in my mid-20s, I let go of anyone who “dumped” their negative energy upon me.  Although it was sad to lose those friendships, the freedom and elation I felt without others’ burdens ignited a profound inner peace.  Yet, despite the early start with letting go after college, I continued to draw in energy vampires.

Because lack consciousness surrounded me throughout my life, I didn’t make the connection between others’ consciousness and the effects upon me.  As an unboundaried empath, I absorbed all of the feelings around me.  I confused “being there at all costs” with being in healthy friendships, even when the energy negatively impacted my vibration. 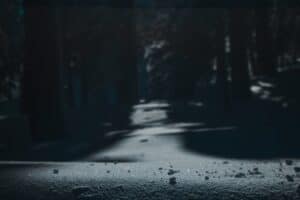 Toxicity in the quiet

Living the life of a healer came naturally to me, as it is one of my gifts I brought into this life.  From age 3, I found myself helping others out without realizing it.  My best friend in preschool had difficulty staying on task.  Often times, she came to school late and had trouble orienting herself for the day.  I remember taking out her supplies and getting her ready so that she had a productive day.  These are my first memories of being a caretaker.  Rather than allowing her to develop the skills needed to be successful, I became her savior.

Throughout my life, I became everyone’s guidance counselor and friend with sage advice.  I relished this role and never considered the impact it had upon me.  Whenever anyone had a crisis, Traci was there with the analysis and action steps forward.

Strangely, some people kept recreating the same drama in their lives.  Furthermore, they seemed to enjoy it on some level. Chaos made them feel alive. And, when things became unmanageable for them, Traci came to the rescue. This pattern began to take its toll upon my mental health and wellness. 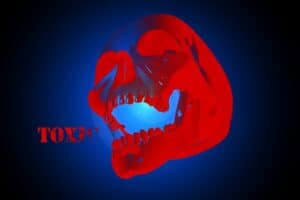 Toxicity in the focal point

As we aged and started our post-graduation lives, toxicity surfaced due to transitioning into our adult lives while carrying our unhealed childhood wounds with us.  Although I didn’t always make the best choices, I never displaced my pain or imposed it upon others.  When I felt wounded, I healed myself or sought healing through therapy.  I am always mindful that my journey is dependent upon me and no one else.

Over time, I discerned toxicity faster and kept people with victim consciousness away from my energy field.  As I healed myself on a deep level, I raised my vibration and self-love.  With a higher consciousness, I felt a need to protect myself from harmful energy.  Read how I create my energic boundaries here:  https://tracinicolesmith.com/a-sacred-space/

With a clear lens and heart, I began to understand the distinction between being a thought partner and being an enabler of others’ insanity cycles.  Therefore, when people in my life committed to complaining, I uncommitted to the friendship.

Because I invested own healing at age 23, I learned to embody abundance consciousness and create new realities when I outgrew my old ones. Feeling a disconnect in a job, relationship, or situation signaled a need to make a change. Yet, I also realized that I morphed into a toxic version of myself by holding onto things that no longer served my highest good.  Toxic energy generates toxicity within you.

But I wasn’t quite adept at releasing, especially when longevity in friendships existed.  Or when someone’s happiness deteriorating over time but I could still recall how much fun we once had together.  In the fall of 2020, I found myself realizing that I slipped back into old patterns, without even knowing. 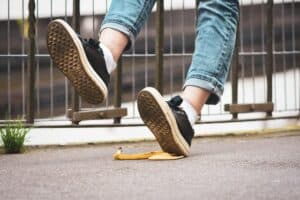 After Hurricane Katrina, I moved away and returned home three years later.  With this new start, I found myself forging many new friendships.  Over time, with adult life becoming more complicated, I noticed some people resisting facing their own truths.  For me, I faced things head on as they arose after spending my teens and early 20s running.  So, I found it interesting that people could be in the 40s still avoiding their shadow selves.

I had one friend that started down the dark rabbit hole of addiction.  Like a small crack in a windshield from a rock, when you don’t address alcoholism, the crack spreads across your life.  One night, I went to her house.  I found out from her family that her drinking had gotten out of control.  Most days, she was drunk by 2:00pm.  Read more about the signs of alcoholism here: https://www.mayoclinic.org/diseases-conditions/alcohol-use-disorder/symptoms-causes/syc-20369243

With my rescue cape on, I offered to go to her house every day to walk, do yoga, read books, etc., rather than consume a bottle of wine or two every day.  Looking back, I cannot believe that I wanted to take on HER issue at my expense.  Why would I offer to take on her life at my expense?  Because toxic energy generates toxicity within you. 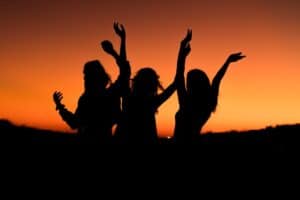 After she said no and said she loved drinking too much, I left her house and left her life.  At the end of 2020, I changed my phone number and only gave it to people who participated in an equal energy exchange with me.  Givers don’t have to be with takers.  And, they shouldn’t.  Givers should align with other givers to explore the joys of receiving.

If you are participating in a toxic relationship, own your part.  You have some toxicity to heal because you are altering who you are and what you believe in to stay in that situation.  And, it’s OK.  No one has it all together all of the time.  But when you realize that you have allowed yourself to fall into the darkness, move into the light.  Honor others’ learning journey by focusing on yourself. 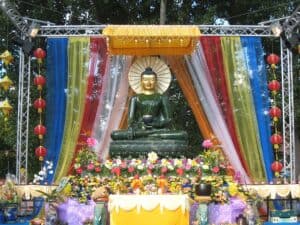