Notes From a Testing Scandal

The arc of deceit traveled from a middle school campus to a district file cabinet. Weathered pages carried faint type and crinkles. Long-toothed words neglected in the silence.

Two decades ago, a bright career path in education appeared. Down the sunny road of her vocation, a young teacher strode.

Commitment to her craft paved solid ground before her. Each step forward expanded in hope for the future.

Time carved out a niche as a quiet leader emerged. Opportunities blossomed from the fruits of her labor.

One summer harvested a Dean’s job. Ripe for anyone’s picking. Chosen by her principal to lead by example. “Dean” adorned her new door.

Ever present on the front lines, she resided. Standing strong as the winds swept in the educational climate change. Accountability jarred her stability. Yet, her poise stayed sturdy.

Lagging skills of students reflected in the numbers. Sliding down towards school closure.

A few years later, promotion visited again. Up she rose to Assistant Principal. Crowned for her effectiveness.

Yet, the number of fights increased as scores plummeted. Her composure unfazed by the flames of destruction. Strong she stood.

The collapse scorched the top as retirement beckoned. From the ashes, a new principal arose. Squeaked through the backdoor he entered.

He was a team of one. She was still everyone’s favorite player.

Leading with the iron fist

Envy germinated a seed of resentment. Fortified with the popularity of his humble counterpart.

Taking root the seed grew. Over time, it flourished. Determined to deflower her beauty he plotted.

Stripped of the duties as state test coordinator. Stealing her crown he aimed to dethrone her.

Sitting on the sidelines in confusion she waited. The backseat unfolded in uncertainty.

A novice replaced her. The details bedeviled by inexperience. Leading lack to disaster.

At his command, a grave error occurred. One Hundred and forty-five voided tests resulted from his order. 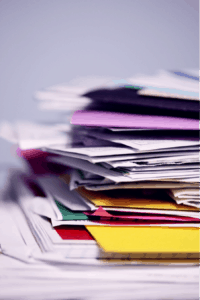 Behind a closed door for days, he disappeared. Emerging with sweat gliding off his brow as he fumbled forward. Teflon coated him from head to toe.

Her turn to answer questions. Eliciting the truth at the hands who buried it. Preyed upon by the conspirators in the guise of district investigators.

Lady justice tipped her scales as the sword of untruth pierced her heart. On her knees as she fell down on the road of injustice.

Vilified by central office, she walked away. Reduced to fictitious character, her true story remained unpublished.

Out to write a new chapter, she traveled over the rainbow to another horizon. A new direction dared a dream. Awakened to her new home at a university. The sour lemons of her troubles dropped. The only blue she saw was the azure sky. Her star was reborn.

Back with the vultures, he nested. Dishonor badged his identity. Worn proudly he soared. Promoted to a better school for secreting the deception.

On the dark side, he remained.  Read more about how some situations do not have an upside here: https://tracinicolesmith.com/gray-clouds-dont-always-have-silver-linings/

Test performance usurps learning. Scoring well on the test remains the focus of public education. The casualties of failure lose their passion for school.

Measured only by the school’s scores, administrators remain vulnerable. 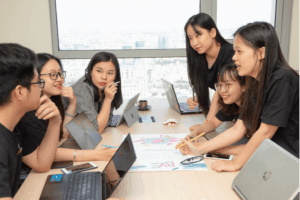 Changing of the guard

Information regarding this innovative approach can be found here: http://www.performanceassessment.org/